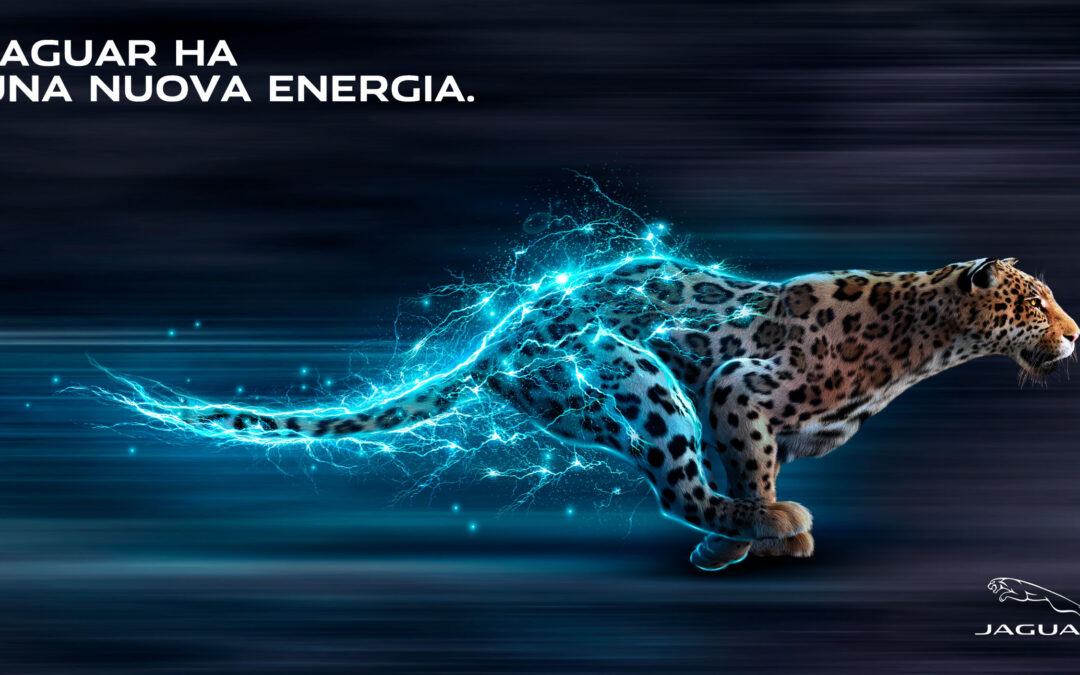 Project carried out in collaboration with Mandala Creative  productions for a large customer such as Jaguar Land Rover. Project realized starting from the 3D modeling of the animal, using both digital sculpture techniques and polygonal modeling such as the remapping of the geometry to make it lean. We have rigged the model in IK spline, created the muscular system and the correct weight distribution to balance it correctly, We studied the anatomy of the animal in its kinematics to find the correct running position of the jaguar. We have provided UV mapping and texturing, as well as the generation of the furry coat that covers the animal, together with the whiskers, and the longer hairs under the chin and inside the ears. Finally we rendered the animal in posing and with the help of postproduction we created the electric effect, which served as a pilot idea of ​​the project: Jaguar has a new energy.