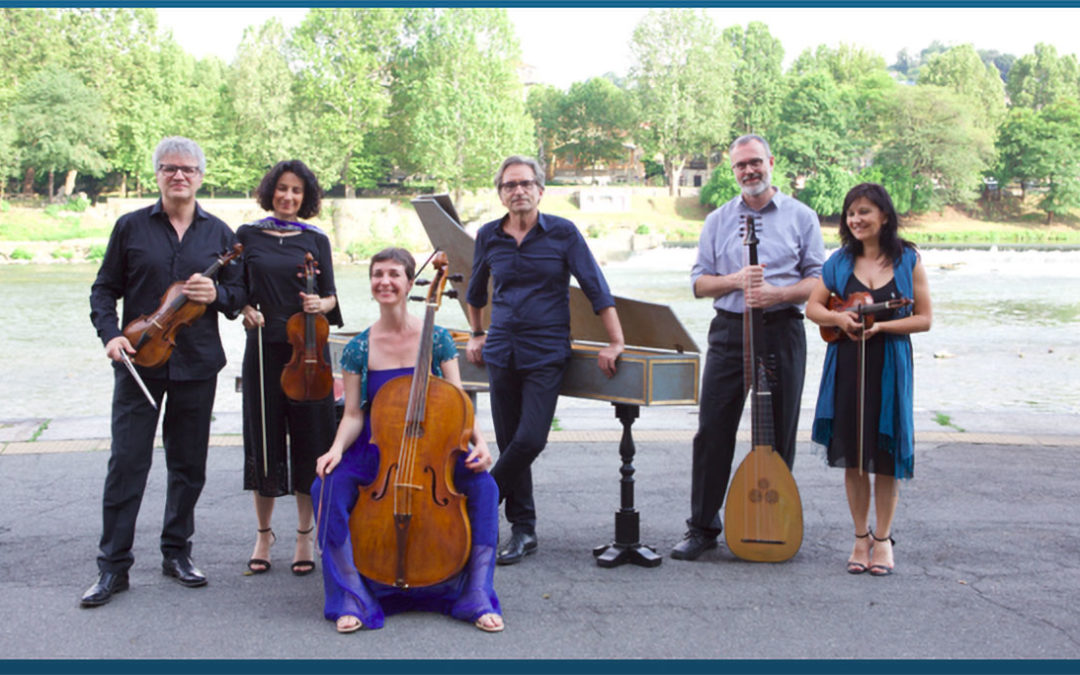 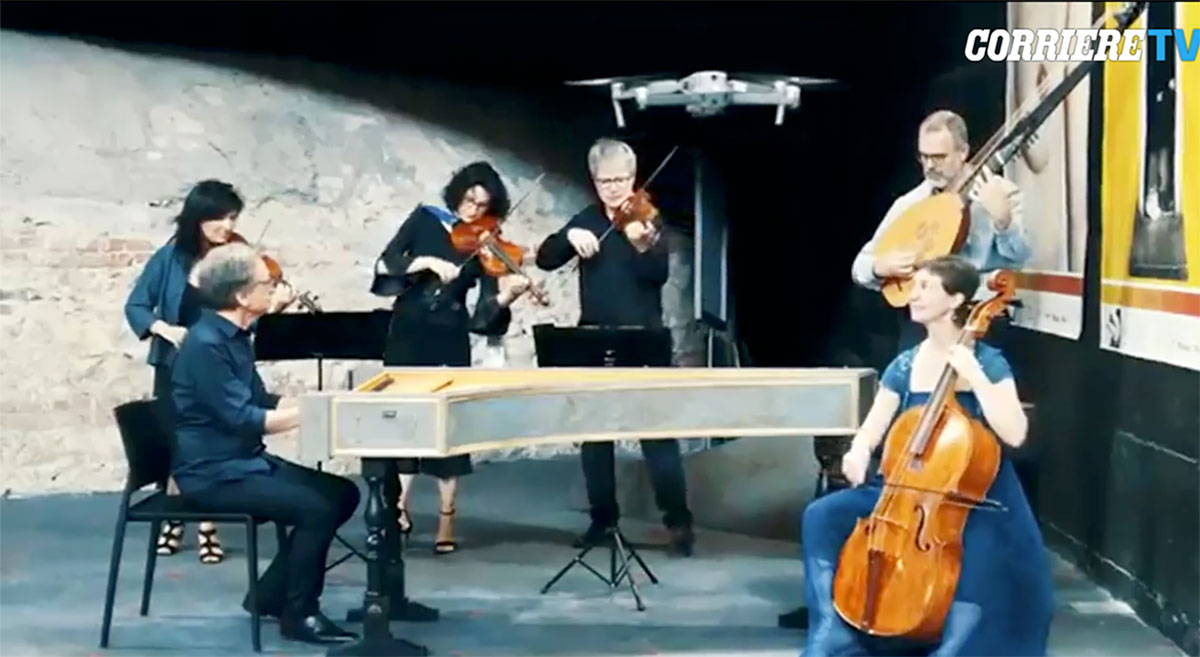 In collaboration with Ribelli Digitali, we made a video in Turin, in the historical places of the center, with L’Astrée (a chamber group that mainly deals with the repertoire between the early seventeenth and late eighteenth centuries, performed with original instruments and according to historical criteria,). Which ultimately turned, of course, into a clip on the Big Beauty city. And in fact it is called “Ode in Turin”.

The ensemble was founded in Turin in 1991 and since then has started an intense concert and recording activity that has led it to perform in all countries of the world. The venues in which we have played in almost thirty years of activity are the canonical ones that traditionally host classical music concerts: theaters, auditoriums, churches.

At this point in our tank, however, we had the desire to perform in places and situations completely different from the usual and in particular says Giorgio Tabacco founder of the group, and we imagined a tour of the city of Turin where to bring our music in a different way and more spontaneously, in direct contact with people, with an unexpected and sometimes amazed audience to find a professional group playing eighteenth-century music on the street.

We have thus created a new possibility to propose the Baroque repertoire, in a city where the Baroque is at home, but where the modernity that is inherent in the Baroque language fits in well with contemporary situations. In fact, the musical tour of the Astrée in Turin took into consideration historical places but also current architectural realities, while the river and the hill created a suggestive corollary to the symbolic images of the city in a sort of new ideal “Crown of Delights”.

In each of the places where we played, different and contrasting situations were created; the streets, buildings, squares and people have caused particular vibrations each time. We basically experienced many new emotions than usual, as if what we were playing spoke more and more deeply to our heart (and we also hope to the heart of those who listened to us), a truly unique experience that we believe is important for those who like we make music and the sensations that derive from it a reason for living.

Our “travel companion” for the city was one of the most evocative pieces of the Baroque repertoire, the Pachelbel Canon, which, due to its mantric nature, is particularly suitable for an experience through very different places and situations, but which lead always with a single concept of emotion and beauty. 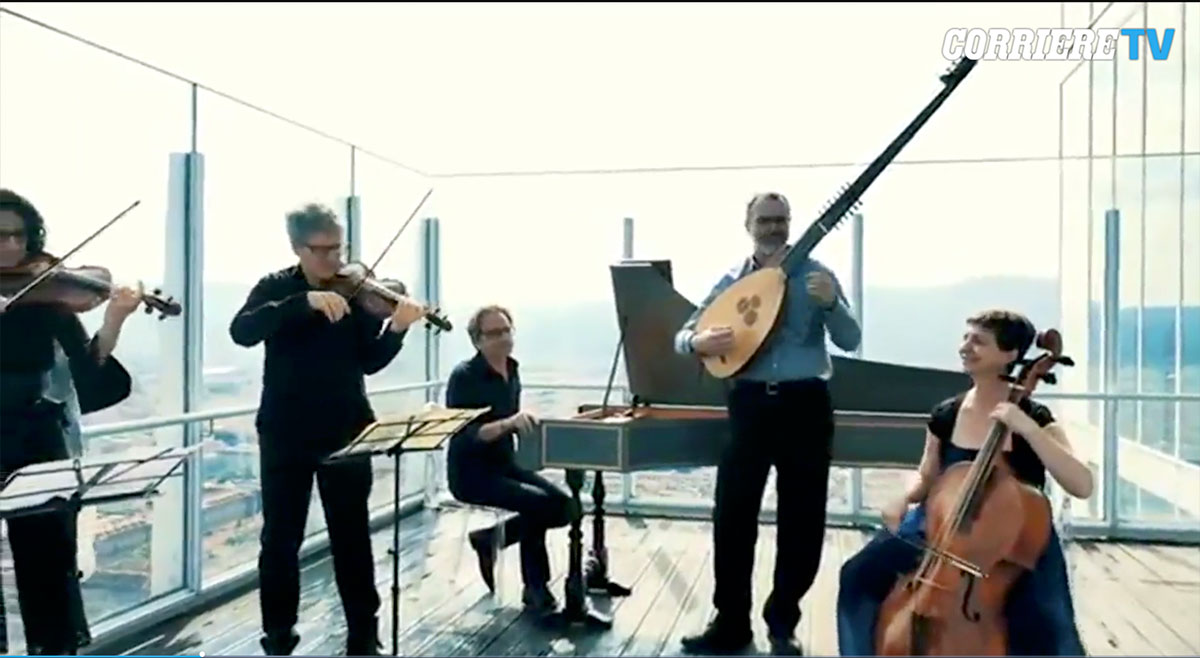