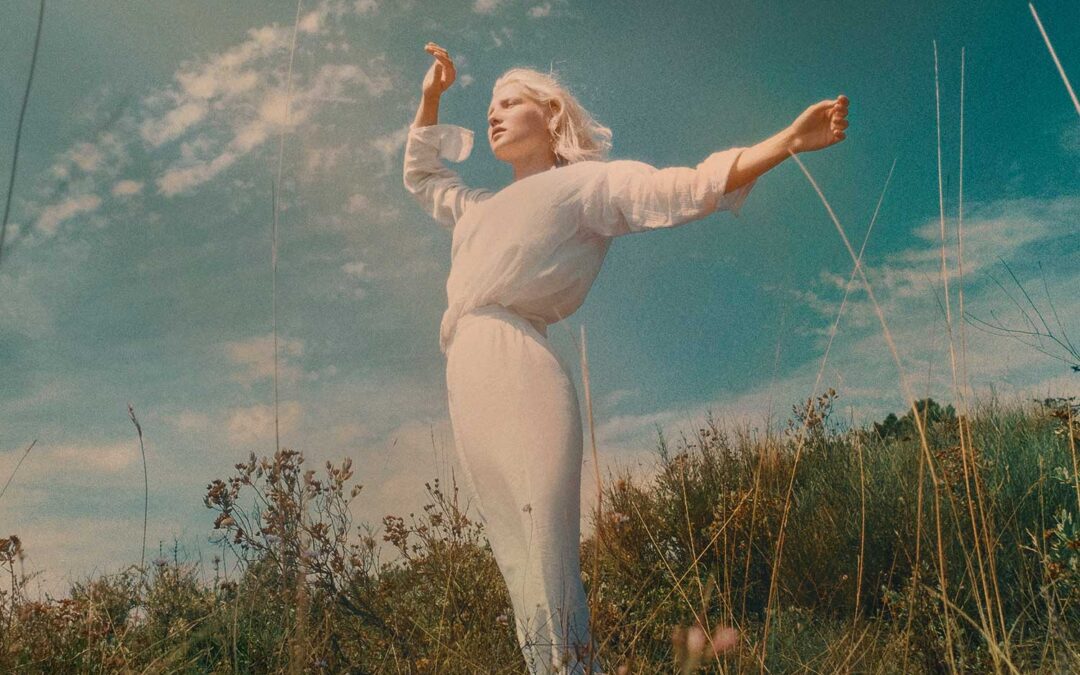 We will be present  at the Florence Biennale 2021 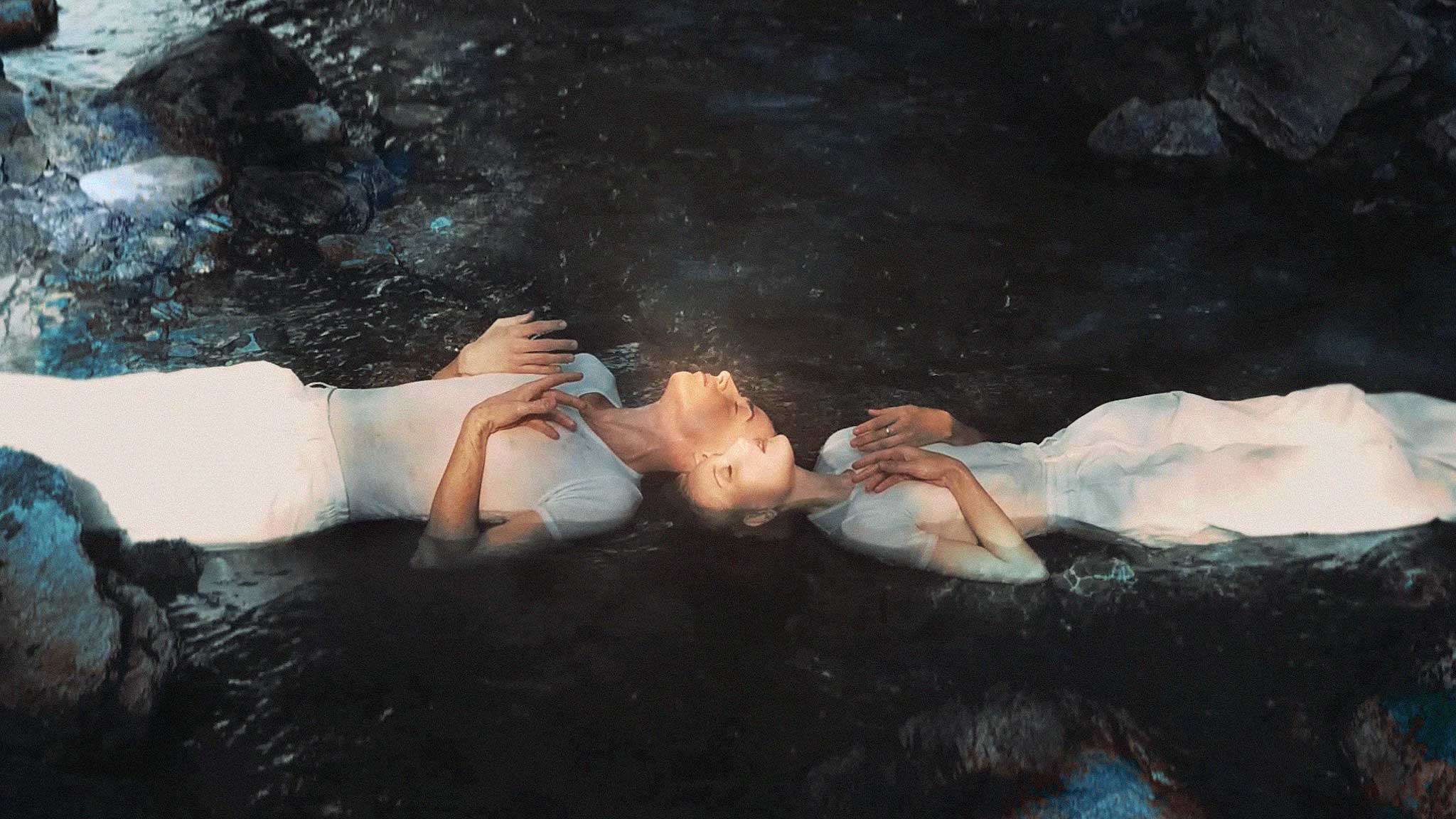 Trailer Info project: Procédure de Libération, is the result of the collaboration between Italian composer and pianist Mattia Vlad Morleo. The starting point of this project starts from an emotional state of anger and rancor, two states so brutal but also so important, at least I believe in our life path. I needed to get rid, of the words never said between two people, the time that always slips through your hands, the distance between the “I” and the self and many other elements. I believe that all this can come together in “frustration” that until then I had not been able to recognize as such, my desire for liberation turned into an album. I have always loved writing but it is something that I have always held in my hands without divulging it on an official level, working with emotions with this method allows you to reflect a lot. I consider this project as a liberation procedure that sooner or later will end with actual liberation, a chapter in my life that I loved and I still continue to do but this time a transformation will come and the procedure is the most important phase before arrival target.

Video Analysis: The video begins with a desert, the protagonist bent to the ground raises with her arms the dust that meanwhile flies away. This is the scene that anticipates the entire short film, a scene added during the editing phase. The project was interrupted several times during the work, the artist somehow could not continue it, there were deficiencies that she felt but did not understand what they were. She starts dreaming of a desert for several nights that then lead her to the realization of these shots, being a very personal project, where she is the protagonist herself, the stage of assembly becomes delicate. The protagonist is immersed in the water, an element present throughout the duration of the short film, also this a small advance of the message that the artist wants to communicate, the real beginning begins with the presence of the protagonist along with a second character who will assume different roles, such as “the knight of purification” and the antagonist. The dance begins, the two characters are close and at the same time they are far away, it is a continuous exchange of looks that is sometimes directed other times is hidden, in this case the protagonist takes the role of the one who thanks to the second character, or “the knight of purification” manages to maintain a balance. Over the years in the many projects of the artist you can notice a constant element present, or the black color that she wears, in this case however the two characters are dressed in white, a radical change within the life of the artist, a change as big as the significance of the project for her. Dance is a fundamental art in the representation of emotions, so as we can see there are scenes in which the protagonist dances alone in the middle of nature and desert, with some vision of the distorted environment and other times with the second character with fixed shots almost static and always slow as to represent their emotional state, their conception of time. The moment the two characters meet running, a light envelops them, from within their bodies, at the precise moment their faces point towards the sky, a sigh and then before falling this light brings us back to the element of water, The protagonist is completely immersed and with the same intensity of light that surrounds her body, as in a timeless world, revolves on itself, maybe it’s a dream maybe it’s reality, what is the dream? Maybe it’s just the representation of thoughts or it’s the quest for liberation. At that moment the protagonist begins to realize that “the knight of purification” becomes more and more an obstacle for her, so she, still with some doubt, drags him in his path with slow and heavy steps. The two characters dance together but they are also together in a different situation, until now it has always been the protagonist to be immersed in the water while now they are both, lying in the water with arms to the chest and eyes closed, maybe they sleep, maybe they dream, but they can’t wake up, it’s a calm environment, it’s as if the waters reconcile their sleep. Light becomes a constant on the protagonist, something is transformed. It’s sunset, the two characters are on a mountain now, with their arms facing the sky and a small source of light between their hands, it’s the bond between the two characters, something happens, the protagonist is as if she got an awareness that brings her, through the lowering of arms, to extinguish that light that bound her to her knight of purification, the moment she does so, a subtle ray illuminates the space of the protagonist, now aware that she is herself to be “the knight of purification” and not him as she believed until that moment, maybe he doesn’t exist maybe it’s just the need to cling to an emotional state when you are fragile, which led the protagonist to identify him as her salvation; now she runs away, she no longer wants to stay there, she starts running, time is dilated, the protagonist runs against time, past, present and future. She begins to emerge from the water slowly, as if she wanted to wake up. From here the dances for the two characters continue as soloists. The awakening of the protagonist begins by emerging from the water, completed in the moment she wakes up over those calm waters that reconciled the sleep of both characters, the second character may never wake up. Now that light accompanies the protagonist everywhere and now alone between the rain and the sunset, has reached that sought liberation, raises her head in the direction of light and remains there. The final scene, which sees the two characters together, is inspired by the story of the angel Michael and Lucifer, the protagonist, Alicka is a source of light and between her feet the second character now almost to hold, in a natural environment but with different objects of furniture including a table, flowers, a painting that perhaps represents her soul, books and a chair, all in a dream vision, now the light, that is, awareness, liberation, research has taken place on everything. The filming was done in the surroundings of her country house in Italy, where she often goes to create. Info 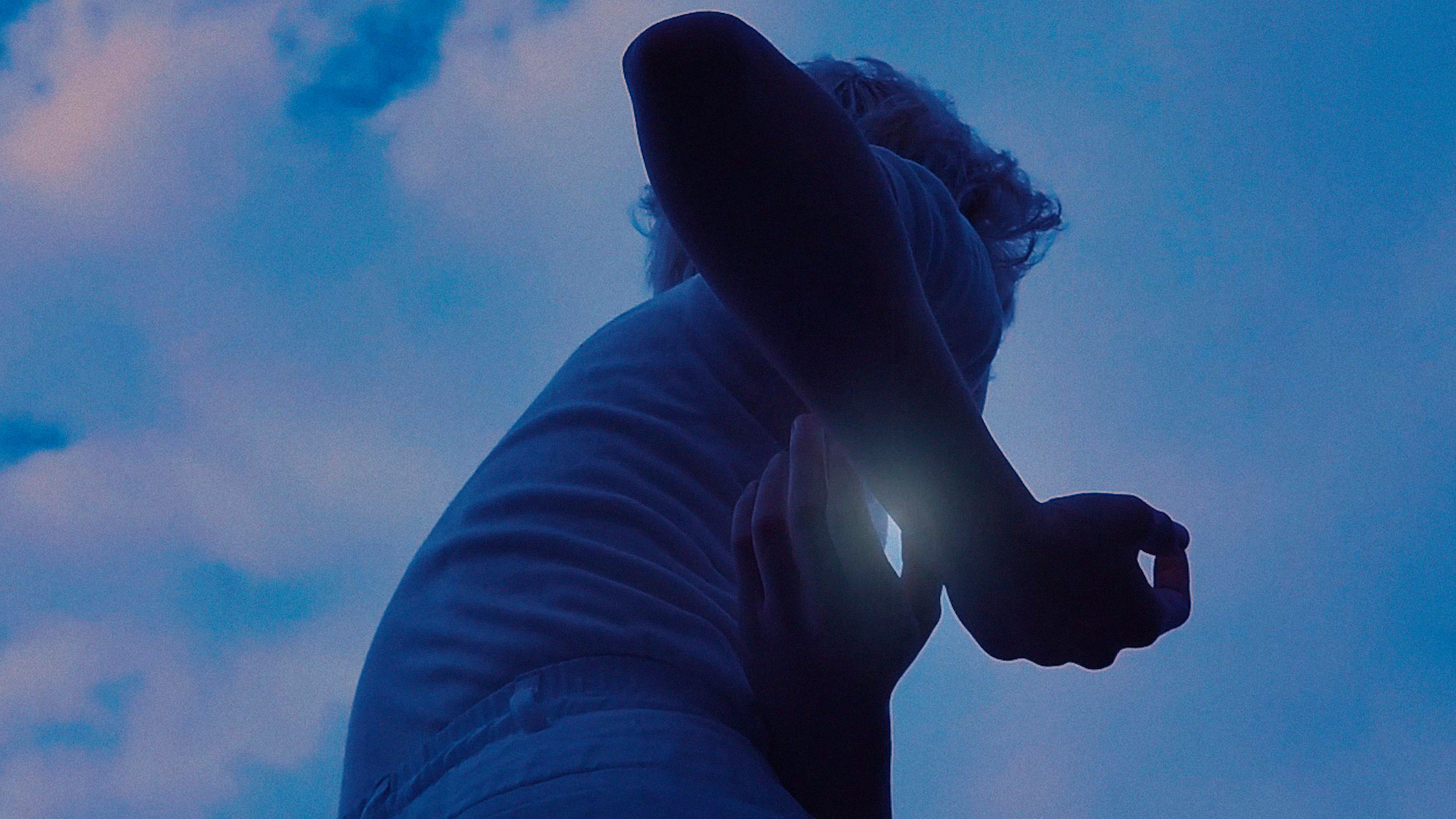 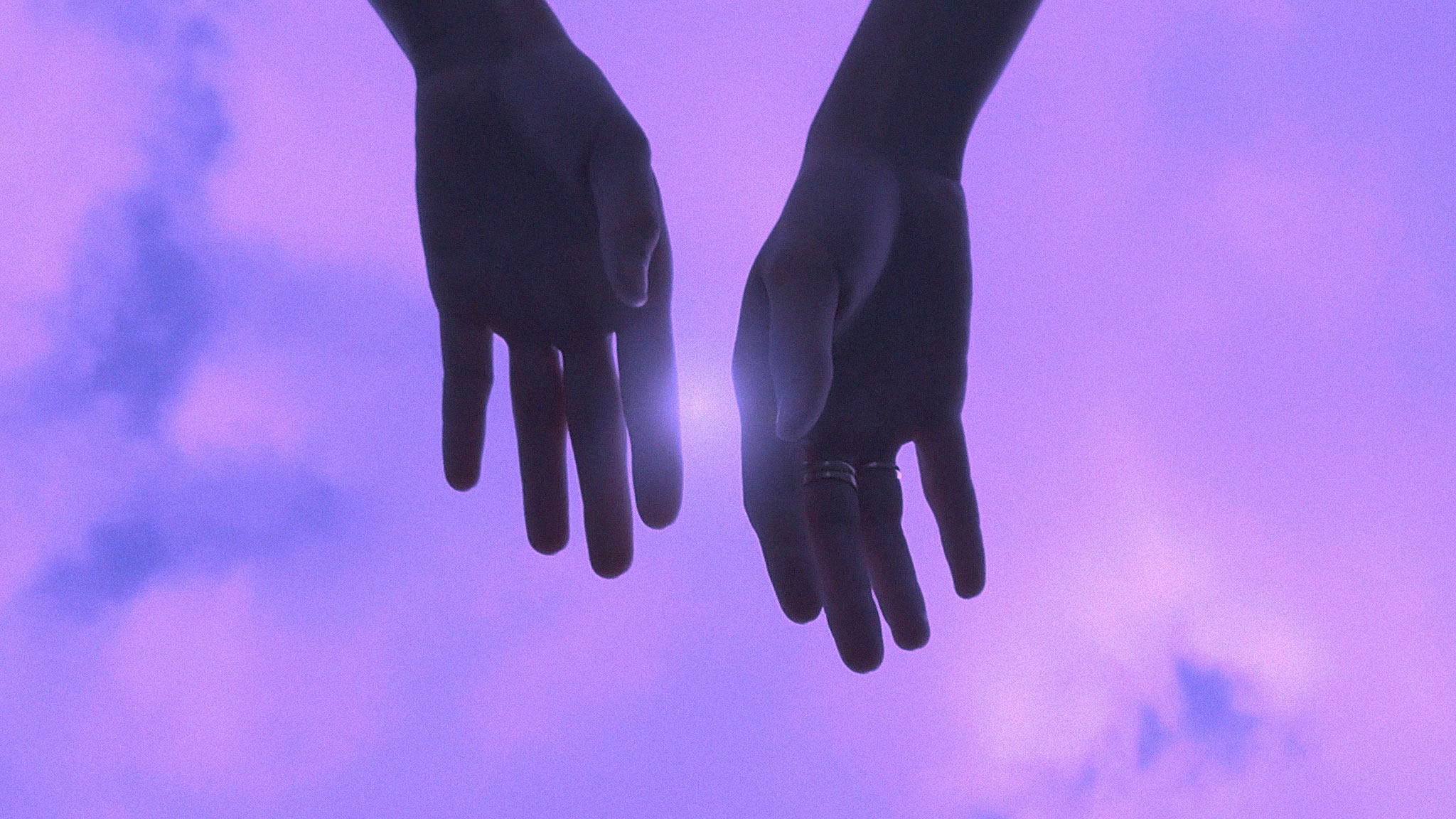 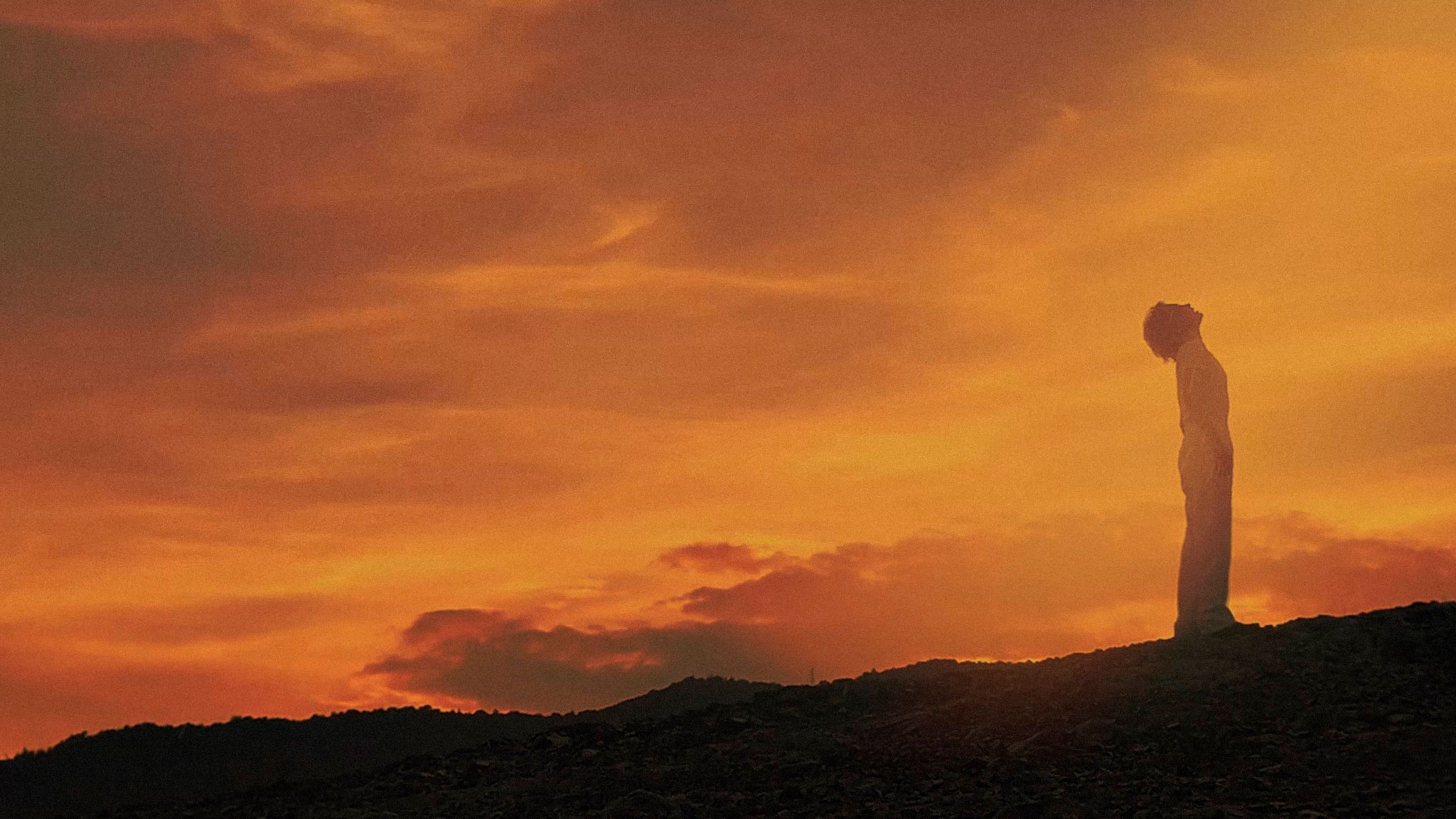