On March 21st, we’ll have the pleasure to premiere the first part of the audiovisual project Procédure de Libération, which is the result of the collaboration between Italian composer and pianist Mattia Vlad Morleo and Russian visual artist Alla Chiara Luzzitelli. It features also cellist Mauro Paolo Monopoli. We don’t want to say much about it, also because we had a talk with both artists to introduce the whole project. Check it below and watch the following teaser.

How did you know each other and how was born the project “Procédure de Libération”?

Alla: I met Mattia for the first time at one of his concerts in my city, when he started the performance I was amazed, what surprised me was the way he communicate feelings throught the piano and I admit that I was touched by his artistic interpretation, at the same time I was living a delicate personal moment and it was from there that I begin a path of unconscious till I felt so much pressure that I wanted to free myself in some way . Mattia and I have never seen each other since his concert but in those two years I have worked a lot on myself.

Mattia: we met in Turin during my tour, I remember that it was May and probably also the only day of rain and strong wind of the month, in fact there were few people and among those few people I was very happy to meet Alla. I was immediately struck by her desire to make art. I never told her but at that moment I thought: “We will definitely do something together sooner or later, it’s too great!” Alla: In the summer of 2019 the idea of a personal project of personal liberation “it was around the corner”. “Liberation Procedure” arises this inner strength needed to emit , it was in summer 2019.

It is an extremely introspective, liberal, fragile but also strong project, from that summer onwards I started to develop this idea. Mattia’s role is fundamental for me, I wrote to him in the middle of autumn to offer him the collaboration. I chose him first of all because the memory I had of him during his concert had left me something positive but also he appeared to me as a person I need on an artistic but also human level at this time of my life, I could not entrust the project to someone who was not able to understand and support me, I think Mattia is very sensitive and humble and it is something that fascinates me a lot. Of course the project could live even without a melody that’s for sure but for this particular project I think it was essential to have a mate of emotions.

“Procédure de Libération” is a project about emotions and their liberation. What was the starting point of your work to narrate this path?

Alla: The starting point of this project starts from an emotional state of anger and rancor, two states so brutal but also so important, at least I believe in our life path. I needed to get rid, of the words never said between two people, the time that always slips through your hands, the distance between the “I” and the self and many other elements. I believe that all this can come together in “frustration” that until then I had not been able to recognize as such, my desire for liberation turned into an album. I have always loved writing but it is something that I have always  held in my hands without divulging it on an official level, working with emotions with this method allows you to reflect a lot. I consider this project as a liberation procedure that sooner or later will end with actual liberation, a chapter in my life that I loved and I still continue to do but this time a transformation will come and the procedure is the most important phase before arrival target.

Procédure de Libération is very inspiring and it sends a pure message of relief. Is it right? How did you choose it?

Alla: It is correct, I really care about transmitting the different feelings of freedom, I would like anyone, who listened to the album, could feel absorbed by all the sensations of a personal procedure of liberation. The feeling of relief is perhaps what I felt when I started writing the lyrics, in this way I gave vent to my thoughts.

Today as today I think I can say that the most beautiful and strongest feelings experienced so far concern: love, disappointment and even liberation. “Golden Flowers” song that anticipates the album was recorded in my country house where I usually take refuge to create, think and feel good; it was a sunny day and while I was recording I was in front of the open window with the rays caressing my face, and the fresh air that entered the house, eyes half closed and the interpretation begins and it is that feeling that is worth more than all, to feel relieved of the many difficulties of life.

Alla: To talk about art, a life would not be enough but what I can say is that art is what allows me to see the beauty of life in a harmonious way and not in a systematic and organized way as it actually appears. It has always been difficult to define art, it is subjective, so everyone sees something special in a different way, for me at the level of sensation it is such a great force that I can compare it to the power of love, it is indescribable but when you are in this state you realize many things that you couldn’t have realize before. I think experimentation in music, as in other arts, is important, in my opinion an art must not belong to a catalog in which there is a precise description but in this case art in music must try to expand with all sense, thoughts and ways of representing it and it is a discourse that applies to the whole world of art. My project is more a work of personal interpretation through sounds and whispers where I try to represent my thoughts as they are.

Mattia: I think and I am firmly convinced that experimentation in art goes hand in hand with the knowledge and self-awareness of ourselves. During our existence we face continuous changes, we relate in many different ways and we experience different situations and we notice how we react to them: here, this can be turned into art.

In music, which is currently the field that most competes to me, we are going to relate to the drafting of a piece with a different approach from the usual because at this moment of our life we feel the need; therefore, we do not pay attention to technical structures, we do not follow the laws of harmony but we only let ourselves be enveloped by that disruptive river of emotions that overwhelms us at that particular moment and that over time will begin to take on its own character, thought and personality highly recognizable.

How this collaborative project will go on?

This collaboration project will certainly go on, even after the release of the album, who knows what we can create together again in the future. It will be a continuous, personal, artistic and human evolution and we hope that whoever listens to all this will grow with us. Time will help us transform our real “I”. 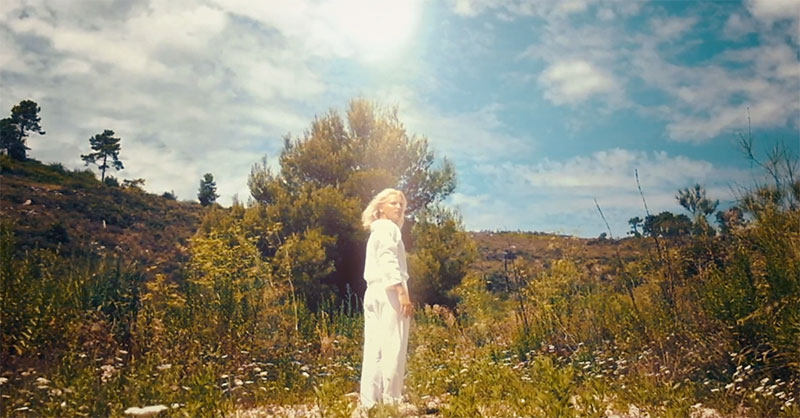