Animator Siqi Song explores the deeply personal implications of China’s One Child Policy in her powerful animated short, SISTER. The film uses felt stop-motion animation to tell the story of a family that conceived two children during the years—1979 to 2015—that the Chinese government controlled the number of children families could raise. An adult man, the film’s protagonist, looks back on his youth and the complicated family dynamics among siblings and parents.

“Growing up with my brother has been a privilege and a bittersweet experience for me,” Song explains. She shares that, being an exception to the rule, she has been the subject of many questions from friends about the experience of growing up with a sibling. “I also want to tell the stories of my friends, who would’ve had a different life if their siblings were born,” says Song. “This film is dedicated to this group memory.”

The Los Angeles-based director and animator has worked on several of her own highly lauded shorts, as well as on the feature film Missing Link. Watch more of Song’s films on her website (where she also shares behind-the-scenes shots), and follow along with new projects on Instagram. (via Short of the Week)

Animator Siqi Song is a Chinese director & animator, currently based in Los Angeles. Her short films have been recognized internationally by Sundance, SXSW, BAFTA, and ASIFA-Hollywood. Since graduated from California Institute of the Arts, she has worked on multiple feature films, TV series and short films in animation. Siqi is named a Film Independent Directing Fellow in 2018 and BAFTA Los Angeles Newcomer in 2019. 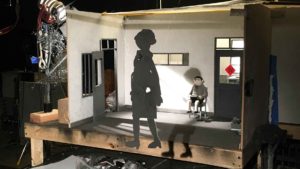 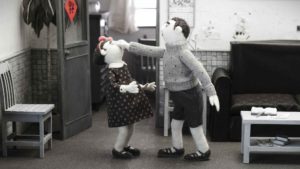